Framedope is a few things. Firstly, it is one of the many monikers of the artist Eric Allen Young. Secondly, Framedope also refers to this website that features the work of the aforementioned. (Sometimes this site will post the works of family, friends, colleagues and creditors who wish to promote their creations here in exchange for love and/or leniency.) Thirdly, Framedope can also be used to refer to a painting (or anything else that can be framed) which was created by Eric Allen Young. Lastly, Framedope (pronounced fra-med-o-pee) was the name of the ancient Roman God of cottage industry.

Who Is Eric Allen Young?

Beach Street Junior High School 1989. The ballots were about to close and the constituency made their last ditch efforts to vote in their choices before the final bell. Money changed hands, backs were scratched, and donations misappropriated. It was business as usual in the high stakes game of Junior High School politics, but the people had spoken- and it was Eric who in the final tally was victorious- running away in a landslide victory for the Most Artistic Award.

Though the award could have been easily parleyed into a State Senate seat, Eric instead spent the next 20 some odd years taking the hard road. Making sure he endured just the right amount of pain- experiencing the perfect tiny tastes of bliss so that he may become the perfect vessel for which to carry the message of hope, despair, and Coca Cola to the people. It is for the people whom he works. His family for whom he suffers. So that he may sell the pigments and figments of his imagination (at a reasonable rate according to market demographics) to those interested parties so that he can continue to eat just a little and give a whole hell of a lot. 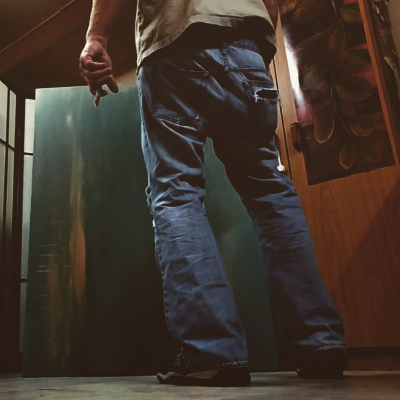 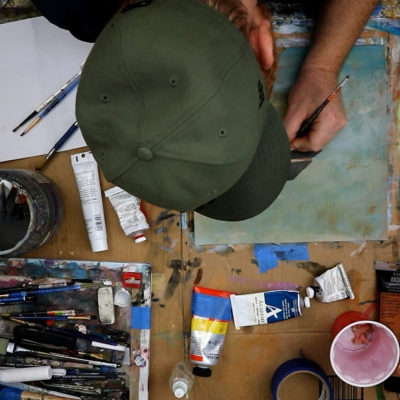 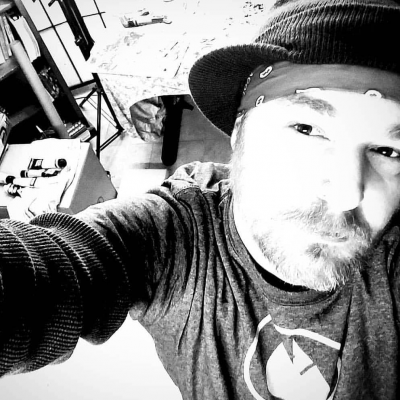